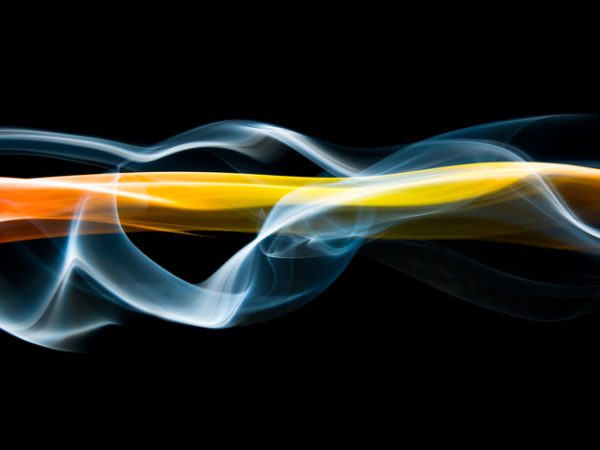 Forty years ago, when I was a young psychiatric technician working on an acute locked psychiatric inpatient unit, I came to realize that physically holding someone in a way that was safe, painless and effectively limited purposeful movement was ultimately reassuring and resulted in a rapid calming effect on patients who had been extremely excited and agitated just moments before.  I postulated that there was some primitive neurophysiological process at work that was related to the restricted movement, confinement and safety of the womb environment.  I also concluded that the process was likely the same one involved in the ancient practice of swaddling infants to produce calmness.

I later made a distinction between, what I call, “tentative touch”, which can excite, overstimulate and further agitate someone and “definitive touch”, which is the quality of touch inherent with a firm-feeling and secure therapeutic holding method.  Tentative touch reflects and belies the fear, apprehension and absence of commitment of the person or people performing the hold.  It produces more anxiety and the continued agitation of the person being held and the loss of his confidence in the people involved in the hold.  Conversely, a hold that exudes definitive touch communicates calmness and certainty and helps to reproduce a state of calm in the child and a more rapid return to emotional homeostasis and equilibrium.  Maintaining a calm affect neutral (and decidedly non-punitive) emotional state by staff and faculty is absolutely critical in helping the child experience the hold as safe and that the hold is being done ‘for’ him rather than ‘to’ him.  In other words, a firm or definitive physical hold performed by someone with a benign heart can produce a more rapid return to a calm mind state.

The effect of definitive touch on the therapeutic relationship

Some of the holds that I performed with adults on our unit back in the ‘70s became remarkable pivot points in my relationships with patients who had been intractable and unable to form anything other than the most superficial relationships with other helping professionals.  Some of our patients experienced a complete course correction in their commitment to treatment which began once the hold was withdrawn.  It is really a two-step process.  We temporarily assume control until there is a return to a calm mind state.  Once a calm state has been achieved, we relinquish control back to the patient, client or student.  When the cycle is complete, the credit for his return to a positive state of safety and calm is transferred by him to you, the helping person, in a way that fundamentally changes the nature of your relationship with that child or adult moving forward.  An “attachment” takes place.

Unfortunately, the perception that some professionals and the public have of the therapeutic value of physical restraint has been completely lost over the last decade or so.  Physical restraint is now being promoted as inherently and irreparably damaging and traumatic, especially to special needs and autistic students.  A publicly-funded advocacy industry is busy at work instigating parents, lobbying for draconian regulations and generally interfering with your ability to provide for the physical and emotional well-being of your students in crisis.  It threatens the safety of everyone except for the advocacy attorneys who are driving this train from the comfort and security of their law offices.  Besides being so embarrassingly wrong on policy and disingenuous about the actual constellation of laws governing restraint usage, they are also totally wrong on the science.  There is a serious body of research on the use of “pressure” to create a state of calm in children with autism, ADHD and other patients, clients and students prone to sensory processing difficulty and stimulation overload.  To be clear, pressure does not mean pressure or weight on the person’s chest, diaphragm or anything else that would restrict respiration or cause discomfort.

What does the research show?

Well, it confirms my observations about the calming effect of physical holding, its relationship to swaddling and the more contemporary use of weighted blankets with autistic children.  The single unifying feature of these modalities is their ability to create “deep touch pressure”.

Temple Grandin, Ph.D., is a brilliant self-described autistic adult and researcher who built, what she calls, a “squeeze machine”, also referred to as a “pressure machine” or “hug machine”, for herself as a teenager five decades ago in order to overcome her own problem of “oversensitivity to touch” and to “allay” her anxiety.  In 1992. Dr. Grandin published a paper titled “Calming Effects of Deep Touch Pressure in Patients with Autistic Disorder, College Students and Animals“ in the Journal of Child and Adolescent Psychopharmacology.

What is especially interesting is that, by using a pressure-producing mechanical appliance in a study that included autistic, “normal” and animal subjects, she prevented the human relationship from contaminating her scientific conclusions; something that I was unable to do in making my own anecdotal observations.  In my view, physical holding is both an extension of the therapeutic relationship and a neurophysiological process that can be replicated scientifically.

What does this mean for you and your students in the classroom?

Using a physical intervention method that is able to restore a calm mind state more quickly is even more advantageous for very young children, when the brain’s circuitry is most vulnerable and most pliable.  A faster-cycling “recovery arc” allows the child to more quickly release the fear, anxiety and panic that drives his maladaptive behaviors and reduces the total amount of time the child is spending in the state that is producing them.  By shortening a young child’s exposure to these events, you can diminish the extent to which his maladaptive and pathological behaviors become more and more ingrained over time.  Timely and appropriate physical intervention when it is needed in combination with positive behavioral supports and the other important elements of his IEP/IBP can only improve the child’s functioning and long term prognosis.

If your current physical holding method is ineffective, tentative or it does not produce the firmness of touch necessary to reliably produce a faster recovery arc, you should consider replacing it with a method that does.

HWC is the only company offering training specifically tailored to pre-school and early elementary students.